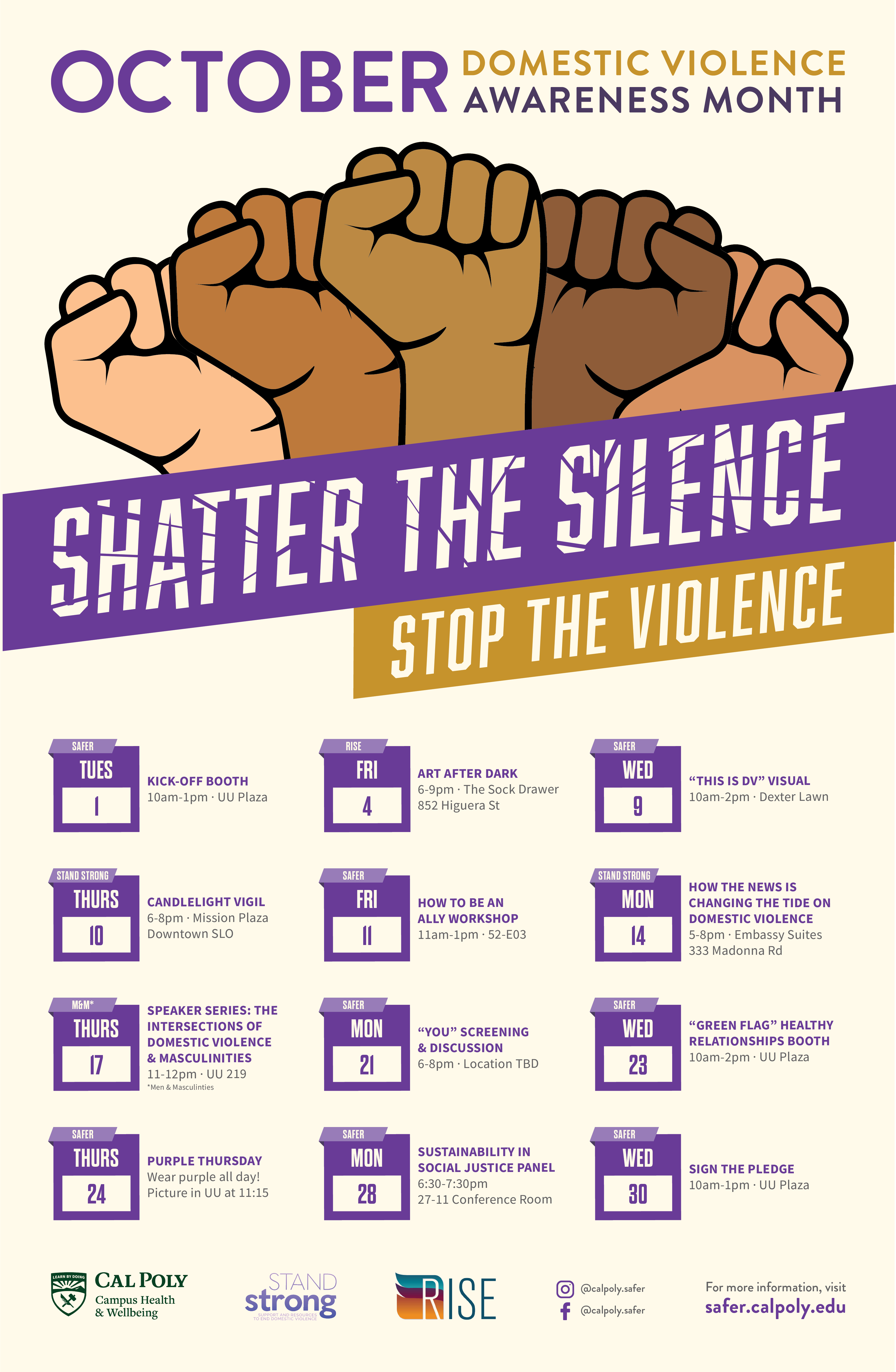 What is Domestic Violence Awareness Month?

Domestic Violence Awareness Month grew from a single event held in October of 1981 called "Day of Unity" founded by the National Coalition Against Domestic Violence. The original purpose of "Day of Unity" was to connect frontline workers and survivor advocates that work with individuals and families affected by domestic violence.

The "Day of Unity" soon grew to an entire week in October dedicated to the topic with events and activities on the local, state, and national level to mourn those that have died from domestic violence, honor those that have survived it, and connect the people and the causes that were working to end it.