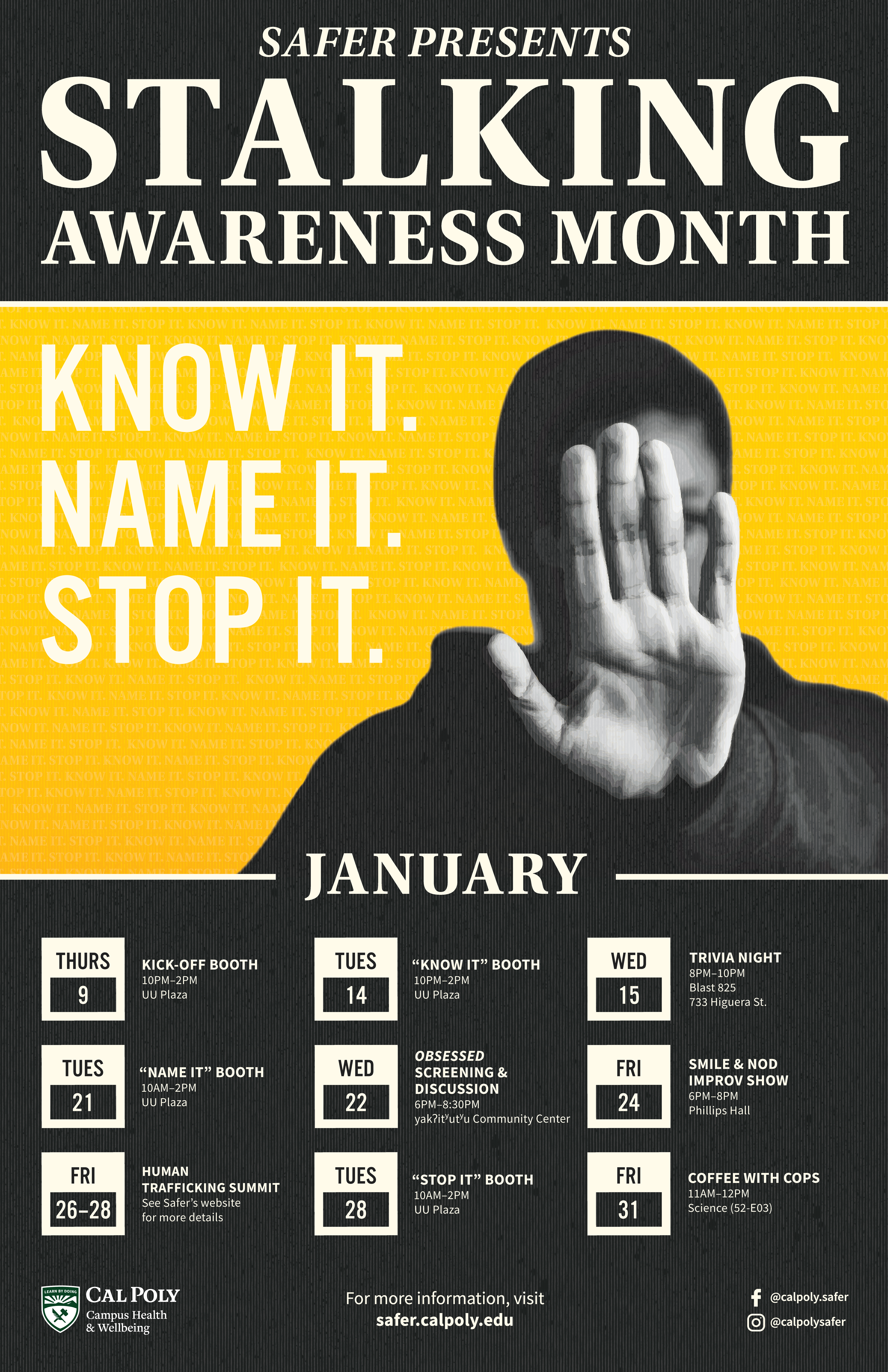 What is Stalking Awareness Month?

In January 2004, the National Center for Victims of Crime launched National Stalking Awareness Month (NSAM) to increase the public’s understanding of the crime of stalking. NSAM emerged from the work of the Stalking Resource Center, a National Center program funded by the Office on Violence Against Women, U.S. Department of Justice, to raise awareness about stalking and help develop and implement multidisciplinary responses to the crime.

NSAM began in response to a 2003 call to the Stalking Resource Center from Debbie Riddle, the sister of murdered stalking victim Peggy Klinke. Riddle wanted to transform her family’s painful tragedy into a force for good—and to help improve law enforcement’s response to stalking and save lives. Riddle’s call all led to a concurrent Congressional resolution on stalking; a national program on Lifetime Television, hosted by Erin Brockovich, featuring Peggy Klinke’s story; and a Lifetime video, “Stalking: Real Fear, Real Crime,” to train law enforcement about the crime. In July 2003, the National Center for Victims of Crime, in partnership with Representative Heather Wilson (R-NM) and Lifetime Television, told Peggy’s story at a Congressional briefing on Capitol Hill, which focused on strengthening law enforcement’s response to the crime.