Learn what to expect with confidential advocacy, and schedule an appointment with one of our advocates here.

Everyone has a place in prevention - here are some ideas to get you started.

Be That Mustang - click through to learn how to be an active bystander & create a safer campus environment.

Safer stands in support of Black and Brown communities and against systemic racism and violence that has resulted in trauma and loss of valued lives. 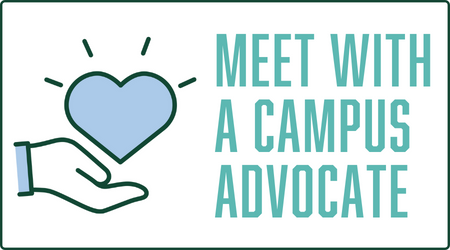 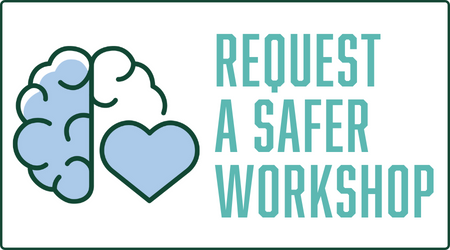 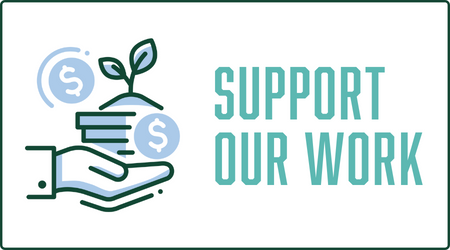 Located within Campus Health and Wellbeing, Safer offers holistic services to the entire campus community regarding gender- & power-based violence. Our Advocacy Staff supports survivors of violence (and their loved ones) directly, by offering confidential crisis support and advocacy, which includes crisis intervention, accompaniments, referrals, and more. Our Prevention Education Staff engages the campus community in setting pro-social behavior norms and encouraging community accountability so this violence never occurs in the first place.

Gender- & power-based violence affects everyone differently, and those who hold marginalized identities may face additional barriers in seeking support. Safer welcomes people of all identities and backgrounds to utilize our services and is committed to ensuring our office is inclusive and accessible.

If you are in the midst of any kind of emergency, immediate harm, or threat of harm, CALL 9-1-1.

Campus Advocates can assist by providing the following:

Additional Options for Support: Additional resources for support are available and include but are not limited to, mental health counseling and psychological services on-campus or community-based, your campus Title IX office, and the CSU's employee assistance program (EAP) are also available.

It's okay if someone does not wish to file a police report or get a sexual assault forensic exam. That said, depending on the nature of the assault, it may still be important to obtain medical care to address potential injuries, exposure to sexually transmitted infections (STIs), or if there may be risk of pregnancy.

An Advocate can help explore and address issues such as resources to help pay for medical care and confidentiality.

Note: Per California Penal Code §§11160, all medical providers in California are required to notify law enforcement when they are treating an injury caused by “abusive or assaultive" behavior. This means that a healthcare provider may need to make a police report if their patient discloses that the injury they are seeking treatment for was caused by abuse or assault. The victim/survivor, however, has the right to not speak to law enforcement or share additional information.

SART Exams could be used to collect DNA evidence if the assault occurred within 120 hours. Specialized sexual assault nurse examiners collect samples from a victim/survivor that may contain DNA evidence to help a potential prosecution.

A victim/survivor has the right to have a support person with them and can say no to any part of the exam.

If a person decides they want a SART, the sexual assault counselor/Advocate can provide more detailed information and help coordinate response with police and the SART nurse.

There are two types of exams: Restricted SARTs and SARTs

Note about at-home rape kits: Although well-intentioned, evidence from at home “rape kits" may not be admissible for evidence.

Preserving clothing with potential DNA evidence:
Necessary evidence could be present in the clothes someone wore during the assault — this evidence can be preserved by being stored in paper bags (mold grows in plastic bags.) If the person decides to file a police report or obtain a sexual assault forensic exam (SART), the clothes can be provided to them for evidence collection.

A sexual assault forensic exam is one way to preserve evidence, but it's not the only way. Here is a list of other evidence that can be preserved:

A law enforcement officer can take a report, help access confidential support, and provide access to medical care after a sexual assault. Police departments are available for response 24/7.

Sexual assaults can be reported at any time (immediately following, days or years after the incident). Statutes of limitations vary, depending on the type of crime/sexual assault and by state. The evidence available, investigations and treatment options may also be impacted by the length of time that has passed since the assault. A sexual assault counselor/advocate or law enforcement can provide you with specific information related to these factors.

Deciding to report a sexual assault to law enforcement is a very private a personal decision. It’s okay to report to the police, not report, or not knowing if one wants to report. A sexual assault counselor/advocate can provide all information about reporting options so the victim/survivor can make an informed decision.